Do you know the difference between genuine and fake auto parts?

Home / News / Industry News / Do you know the difference between genuine and fake auto parts?

Do you know the difference between genuine and fake auto parts?

How to distinguish genuine and fake auto parts.


One: glass of water.
Glass water is a special tool for cleaning the front and rear windshields of cars, usually in the form of a blue liquid. When the vision is blurred, flip the lever on the right side of the steering wheel inward, and the glass water will clean the glass with the wipers.
Glass water is a consumable, especially in windy and rainy weather, it is used very frequently and must be replenished within a few days. This item is also easy to buy, and it is sold in general supermarkets and street auto repair shops. However, now there is a very important problem. There are many fake glass water in the market. Although the price is not expensive, the problem is that the fake glass water is easy to block the nozzle and the glass is not clean.
How to distinguish it? The first is to find a container and keep it in the refrigerator. Generally speaking, the freezing point of glass water is very low. After taking it out the next day, the fluidity of the liquid was very stable, indicating that there is no problem with the glass water.
Then smell it to see if it smells of alcohol. Generally speaking, real glass water will have more or less ethanol in the ingredients, because it has a low freezing point and has good cold resistance.
If you can't unscrew the bottle cap, you can shake it vigorously to see how much foam there is in the bottle. The richer the glass water foam, the stronger the ability to remove glue and stains.


Two: oil.
Oil is equivalent to the blood of the engine, they can reduce the friction between metals, improve the working efficiency, and increase the service life of the engine.
Generally speaking, there are three steps to distinguish between real and fake oils.
one look
It mainly depends on the color. At room temperature, the color of genuine oil is much darker than that of fake oil, and there are no impurities in it.
Erwen
Smell the oil through the nose, you will find that the real oil has almost no sensitive smell, similar to a light fragrance, while the fake oil has a distinct pungent gasoline smell.
three frozen
This method is similar to the detection of glass water, take a little oil into a paper cup, then put it in a refrigerator at about minus 15 degrees Celsius, and freeze it for 48 hours. The real oil will show good low temperature fluidity, and there is no obvious change in transparency and color. Fake oils will appear slightly viscous and cloudy.


Three: brake pads.
Many friends are accustomed to buying repair materials and going to some repair shops for repair. Brake pads are an important accessory. Fake brake pads not only cannot brake, but also threatens our life safety. It is not unreasonable to have poor brakes.
If in daily driving, the light brake is accompanied by the sound of iron friction iron (alarm pad), and the braking distance becomes significantly longer, which means that the brake pad will be more slippery. Generally speaking, it is considered to replace it after driving about 60,000 kilometers, even if it is not replaced. examine.
When choosing a good brake pad, the first thing is to look at the weight, the quality of the brake pads is much heavier than the fake ones, you can measure it with the old brake pads, if the new ones are heavy, it means there is no problem.
The second is to look at the packaging. The real brake pads are exquisitely packaged and equipped with certificates. Then see if the brake pads have a middle guide groove, the function of this groove is to discharge friction debris to ensure that the working surface is tightly bonded.


The last thing to look at is that the location of the alarm film is not standard. This is a process problem. If you can't even do this well, then give up this fake.


The above is a simple way to distinguish between true and false. In fact, the easiest way is to buy it at the 4S store. Although it is more expensive, the store can guarantee you the quality. Even if there is a problem, it is easy to file a claim. Don't be greedy for cheap, pick up sesame seeds and throw away watermelons. 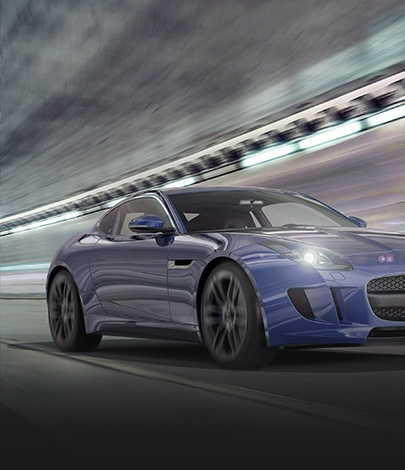 PREV：Do you know how to better maintain and use the cooling system in auto parts?
NEXT：Do you know the daily maintenance knowledge of the main parts of the car?