What are the components of the car chassis?

Home / News / Industry News / What are the components of the car chassis?

What are the components of the car chassis?

NINGBO CIFT AUTO PARTS CO.,LTD. introduces you! Car chassis: The role of the chassis is to support and install the car engine and its components, form the overall shape of the car, and receive the power of the engine to make the car move and ensure normal driving. The chassis consists of four parts: drive train, driving train, steering train and brake train.

1. Drive train: The power from the car engine is transmitted to the driving wheels by the drive train. The drive train has the functions of deceleration, speed change, reversing, power interruption, inter-wheel differential and inter-axle differential, and works with the engine to ensure the normal driving of the car under various working conditions, and has good power and economical. It is mainly composed of clutch, transmission, universal joint, transmission shaft and drive axle.
Clutch: Its function is to smoothly engage or temporarily disengage the power of the engine from the transmission, so that the driver can start, stop and shift the car.
Transmission: It is composed of transmission case, transmission cover, first shaft, second shaft, intermediate shaft, reverse gear shaft, gear, bearing and control mechanism, etc. It is used for vehicle speed change and output torque.

2. Driving system: It consists of frame, axle, suspension and wheels. The functions of the driving system are:
a. Accept the power of the drive train, and generate traction through the action of the driving wheel and the road surface, so that the car can drive normally.
b. Bear the total weight of the car and the reaction force of the ground.
c. Alleviate the impact of uneven road on the body, attenuate the vibration of the car during driving, and maintain the smoothness of the ride.
d. Cooperate with the steering system to ensure the steering stability of the vehicle.

4. Braking system: a series of special devices on the car used to make the outside world (mainly the road) exert a certain force on some parts of the car (mainly the wheels), so as to perform a certain degree of forced braking on it, collectively referred to as the braking system. . Its function is: make the moving car decelerate or even stop according to the driver's request; make the parked car park stably under various road conditions (including on the slope); keep the speed of the car running downhill. Stablize. 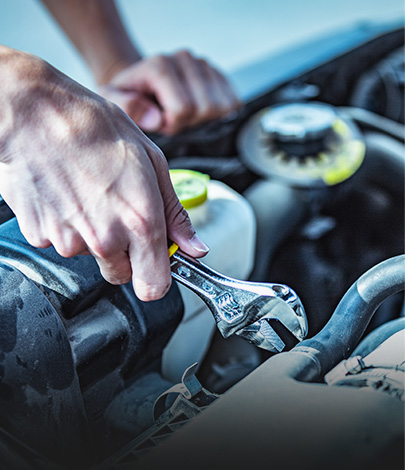